5 Ingredients That Will Make Your Salmon Skin Roll Amazing

A salmon skin roll is one of the best sushi there is, but do you really know what is inside of a sushi? We are going through these 5 yummy sushi ingredients that will totally flip your mind once you find out how healthy they can be.

The history of sushi goes all the way back in Japan, don’t worry, we’re not going to bore you with historical facts you don’t necessarily need to know. QUESTION: Can I use an ordinary rice?

ANSWER: Yes but it would not be as good as the sushi rice. Sushi Rice can be found in your local supermarket, you do not need to go to a certain Japanese grocery just to get it. It is very easy to access so you wouldn’t really need to use ordinary rice since they can both be bought at the same place.

If you see that it is some kind of short grain rice, then it is the right one. It is perfectly built for sushi. This is the only rice that has the right thickness to make the sushi stick together and keep the dish together once you put it in your mouth.

QUESTION: Can you eat the salmon skin?

ANSWER: Of course! It is actually VERY HEALTHY! Most people, particularly the people from the western part of the world, often just eat the meat of the fish. Many countries in Asia eats the fish from head to tail. Including the skin of the salmon. What a lot of people do when they eat salmon is they just leave the salmon skin and would not eat it.

It is completely understandable though because the salmon skin’s texture is kind of peculiar and not that pleasing.

DID YOU KNOW? You can actually make sushi without using a sushi mat or eating it with a ﻿﻿chopstick. This is called the Sushi Hand Roll

Check it out here:

QUESTION: Can you only eat nori with sushi?

ANSWER: You can also eat nori by itself (just like I do)! Laver or most commonly known as Nori has a rough paper-like texture but it is actually a “toasted seaweed” that is normally used when making sushi. But once it combines with the rice, it becomes all sticky compared to when it is just as it is. It is also the one the hold the sushi together.

DID YOU KNOW? You can get Nori in the Asian markets near your place. Or you can get it on Amazon 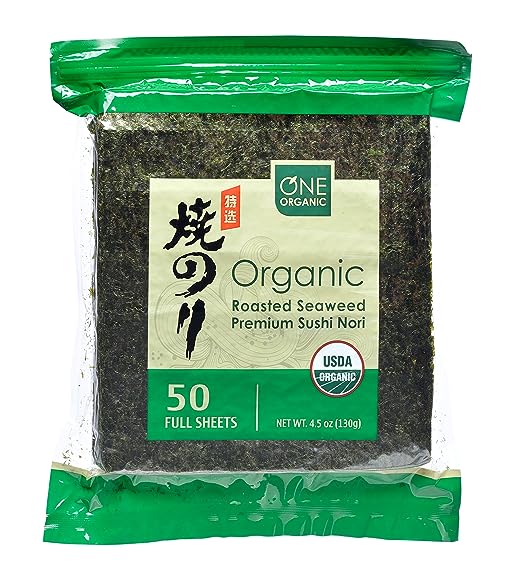 QUESTION: Is Wasabi a fruit or a vegetable? Most people see wasabi as some kind of a paste when it is served with sushi or any other Japanese dishes. A lot of people don’t know that wasabi is actually a root plant that can be found in some Japanese mountain streams. It can also be found in the US rainforests like in Oregon and Washington. It grows well in the humid-like environment. The longer the wasabi stays on the ground, the stronger its flavor will be.

QUESTION: Too much soy sauce can kill you?

ANSWER: Yes, keep on reading to know how and why. Soy sauce is actually one of the most common condiments and flavor enhancer used all over the world. Soybeans are primarily the main source of soy sauce (hence the name). A naturally brewed soy sauce contains wheat, soybeans, salt, and water.

Although, some people actually think that soy sauce is very healthy for the human body, it is actually not. Yes, there are health benefits coming from soy sauce but some of them are just minor like the anti-allergic properties that it has, but you know what the major things are? Well, let’s just say it is really bad for you.

Having too much of anything can be pretty bad, with soy sauce, it can really be bad (no doubt about that) So if you think soy sauce is actually good for you? Think again.

4 Amazing Substitutes For Tarragon When Cooking
Next Post: How Long Does Garlic Last? 5 Wonderful Ways of Storing Garlic