Peppers make a lot of dishes brighter with its colors and more delicious because it gives such a kick on everything.

That is why we always want to keep a pepper or two in our kitchen, but how do you know how to do it the right way? No worries, here are easy ways when it comes to storing peppers. How To Store Peppers A BRIEF HISTORY OF CHILI PEPPERS Via l﻿﻿egalnomads

According to historians, it was Christopher Columbus who brought peppers in Europe from the Central and South America which was originated specifically from Peru.

But it was the Europeans who gave the name “peppers” because at that time the only known peppers to exist is the black and white spice that comes out of their shakers and is used for flavorings.

Some archaeologists said that the gradual domestication goes all the way back to 5000 BC in a valley located in Mexico. Even before Columbus found the peppers, it has been used by the Aztec and the Mayans not just for food flavorings but also to fumigate houses and to be able to cure illnesses.

It is known as “Nahuatl” in Aztec Language It wouldn't hurt knowing which kind of PEPPERS you can take based on your tolerance when it comes to peppers.

This is an incredible idea invented by Wilbur Scoville called the Scoville heat index wherein it ranks peppers from the hottest to the mildest. And the hottest goes over 1,000,000, keep reading to find out which kind pepper is it. Unlike any other peppers on this list, bell peppers actually has a tangy semi-sweet taste that has a crunchy texture.

They come in green, orange, purple, red and black with a beautiful shape just like a bell, hence the name. These kind of peppers are not considered to be hot that is why the Scoville heat index of this pepper is 0.

How to Cut a Bell Pepper Via Howcast These are the kind of peppers that looks like a mix of a tomato and a pumpkin because of its heart-shaped body.

It is also known as pimento peppers that are about 4 inches long and 4 inches wide. It is very mild and only has about 500 Scoville heat index which is not that much. This kind of PEPPERS usually has a maroon color with long and skinny body.

Cooking Tips : How to Clean Anaheim Peppers Via cookingguide Surely you are very familiar with this type of pepper since it is the most common in the world since it spicy but very tolerable.

Another hot pepper that can be found basically in any supermarket is the Cayenne Pepper, it has about 25,000 to 50,000 Scoville heat index.

It is normally sold in dried and powder form because it is just too hot but this is not the hottest one yet. Obviously for those of you who are familiar with Tabasco sauce, well, it is obviously from Tabasco pepper. It has about 30,000 to 60,000 Scoville heat index. Now this one used to be the hottest pepper in the world with over 1,000,000 Scoville heat index.

It is also known as the Naga Jolokia and in 2006, Guinness Book of World Records recognized this as the hottest pepper in the world but was obviously overthrown by the next pepper. The Smokin’ Ed’s Carolina Reaper is grown by an American company, the PuckerButt Pepper Company. It is a called a reaper for a reason.

Just like any other vegetable, you must wash the peppers before eating it or adding it to your dishes. Washing the peppers Via sheknows

Get a clean knife and a chopping board then cut it and should be stored in the fridge if not used within 2 hours. Because once it has been cut then there are chances that it will get spoiled. Cut a bell pepper Via sheknows

For fresh peppers, the ideal storage is about 7.3 degrees Celsius and it will last for a week

Make sure to keep them dry

Storing and Preserving Peppers Via KSREVideos Put peppers in a bowl Via pickyeaterblog

For 5-10 minutes, put it in a bowl then cover it and the skin will peel off instantly If you are using whole peppers, flatten them to release the air

Once you are done, pack the peppers in a vapor-proof containers

You are now ready to freeze it in -17.9 degrees Celsius and it can last upto 9 months

Wash the peppers thoroughly before cutting it Cut the peppers in half and remove the seeds, stems, and membranes Cut the peppers in half Via testadoprovadoeaprovado

Place them outdoors and make sure the temperature is higher than 29.7 degrees Celsius Get the jars with lid and wash them in hot, soapy water then rinse well. Make sure the lids of your jar is not rusty if it is then replace it. 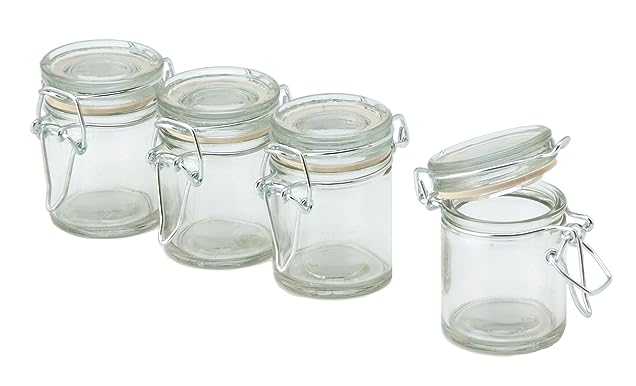 Fill the jars Via cookieandkate

Now that the jar is filled with peppers, you can now cover it with hot liquid brine Remove the air bubbles by pressing down a fork or spatula between the peppers and the jar and then put the lid on. Put the lid on peppers Via daringgourmet

Once that's done, place the jar in a water bath canner and fill it for about half full. Make sure the water is hot but not boiling. place the jar in a water bath canner Via daringgourmet

Get it out but don't remove the lid yet, allow it to cool for 24 hours then remove the ring bands before storing

Once it is cooled completely, check the lids of the jar to be sure they have a good seal and then Lif the jars and remove the ring bands

You may now store it in a cool, dry, dark place with the temperature not exceeding 24.1 degrees Celsius

How to Can Pickled Peppers! Via Starry Hilder

And there you have it, you can now choose from the following ways above however you want to store your peppers. You must also keep in mind which kind of peppers you are including on your dishes.

Top Secret: The Amazing Subway Tuna Recipe Revealed
Next Post: Secrets Of Sushi: What Does Sushi Really Taste Like?