How to Make Gravy Thicker: Here’s All What You Are Looking For

How to Make Gravy Thicker

Gravy makes for a wonderful side dish as it complements different types of food. Even if you’re already an expert at making gravies, however, sometimes the mixture just turns out too thin.

Gravies can be as thin or as thick as you like, by the way. However, if you want to thicken up gravy as you’re cooking it, there are lots of ways to do it.

All you really need is a thickening agent. And below, I have listed several items (food, ingredients, etc.) that you can use to thicken the gravy.

Using flour is one of the quickest ways to thicken any sauce (including gravy). It’s also one of those ingredients that you always have around in your pantry. ​How To Use Flour Sifters Cornstarch is another staple in the pantry and is a popular choice as a sauce thickener. Cornstarch works in the same way as flour (as thickening agent) – however, cornstarch produces less lumps.

Arrowroot (a type of root crop) powder is a type of flour. Like flour and cornstarch, you can use it to thicken sauces, soups, and gravies. 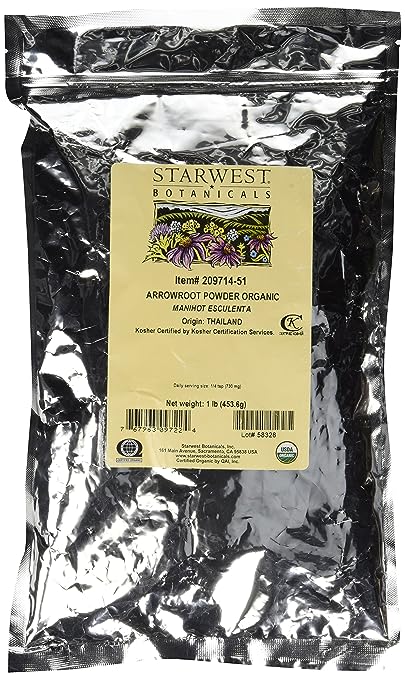 While you can use Arrowroot powder as thickener all by itself, you can also combine it with flour or cornstarch (which are also independent thickeners in themselves).

As another starch thickener (like cornstarch and arrowroot), you can also use tapioca flour as a thickening agent for gravies. To add flavor to your gravy, you can use a combination of fat and flour as a thickener. The fat can be olive oil (or any kind of oil), butter, or meat fat drippings.

Instant mashed potatoes  are ready in minutes because all you need to do is add water and milk to the dried mashed potatoes. If you have this type of food in your pantry, you can use it as gravy thickener. 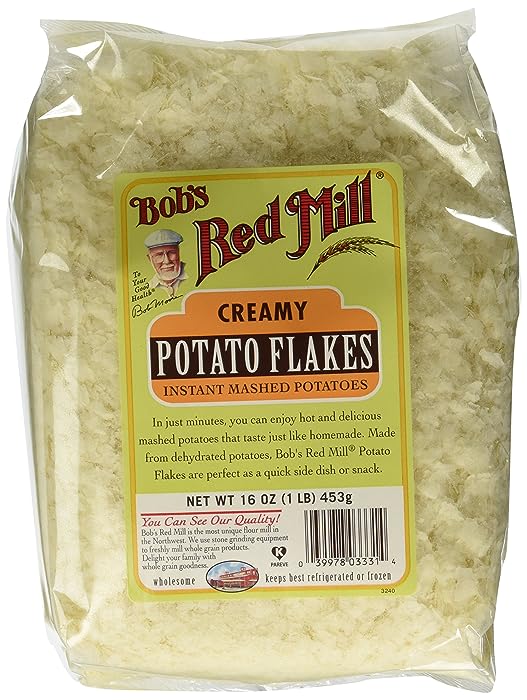 Tomato paste is a thick mixture that can also be used as a thickening agent.

The combination of fat drippings (more flavorful than unused oil), water and flour will make a thick gravy-like slurry that you can add to regular gravy to make it thicker. Gelatin mixture can transform liquid into a soft solid form. By using a little gelatin powder, it can work as thickener for gravies. Q: How to thicken gravy with flour without lumps?

A: First of all, use cold water (not hot water). Also, remember to keep stirring while adding the mixture to the gravy. You can also push down lumpy flour mixture through a sieve before adding it to the gravy.

Q: How to thicken gravy in a slow cooker?

A: You can use any of the thickening agents I mentioned in this post. Just add the thickening mixture into the gravy until it thickens. Since constant stirring is recommended, however, you might need to transfer the gravy to a saucepan to finish the thickening process.

Q: What are some good gravy thickener products?

A: Flour, baking ingredients, and spices are some of the best thickening agents for gravies. With all the choices I gave you in this article, you will surely be able to thicken your gravy as you like it. Choose the method or option that’s most suitable to the type of gravy that you’re making – and the result will surely be successful.

Do let me know in the comment section which method you found the most useful. Also, feel free to share this post with friends who are fond of making gravies.

How To Clean Hydro Flask: Effecient And Safe Techniques
Next Post: Can Use Olive Oil Brownies: Here Is All You Need To Know