Let’s face it; there isn’t any knife in this world that doesn’t get dull over time. So it would be best if you look for a high-quality, sturdy yet not too pricey knife sharpeners. In this article, we will be listing down the top picks for best electric knife sharpener but first, let us uncover the secrets and history of ﻿knife sharpeners. Even in the ancient times, people who have used knives also needed the means to sharpen them, even if it is using a simple rock. Any hard and rough surface which is harder than the knives can make it sharp. A window sill and sandstone were also considered to be used when sharpening the knife.

There is no record of when and who actually invented the first sharpening steel.

According to the study done by University of Colorado, “prehistoric people developed a method of sharpening tools and stone knives at least 75,000 years ago".

”The “Moletas” or the western style grinding or sharpening can actually be traced back all the way from Northern Italy. Trento, Italy became the center of knife grinding tradition.

When blades are damaged by a compressive force or also known as buckling and if pressed into a hard object just like bone or ice and also by bending from sideways pressure, it rolls the edge of the blade due to metal ductile nature.

HOW TO AVOID BLADE DAMAGE

TESTING THE SHARPNESS OF THE BLADE

My Two Favorite Ways to Test Edge Sharpness Via Survivalkraft 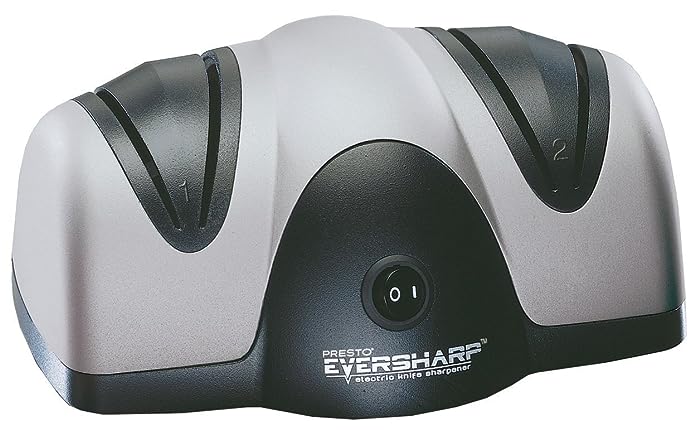 Our top pick is non-other than the Presto Eversharp. It is cheap and reliable when it comes to knife sharpeners. It truly proves that the price sometimes doesn’t matter, because some expensive ones don’t work best at all times. What I like about the Presto Eversharp is that it is very small and compact which is great if you don’t have much space in your kitchen. 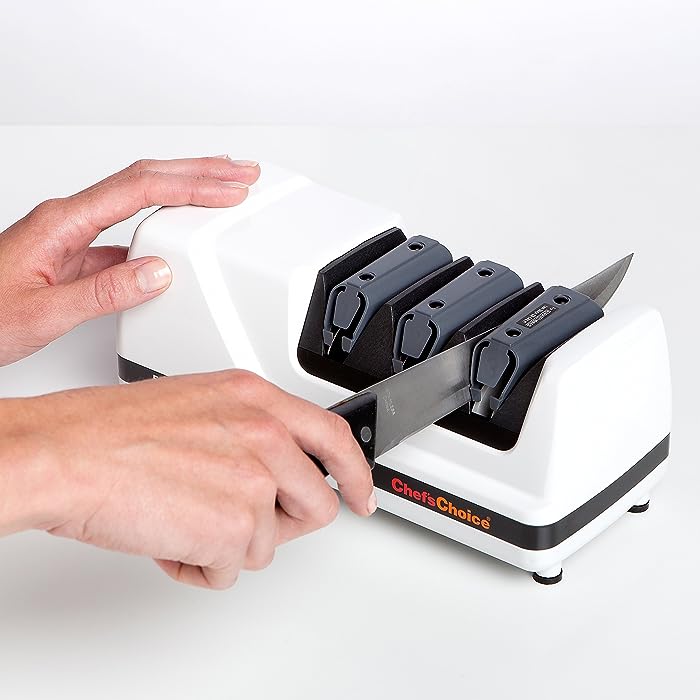 This portable electric sharpener has a 3 stage process that guarantees amazing results. Despite the fact that it is too pricey, it has a 100% diamond abrasives in the first 2 stages and the final stage is for polishing and may be used for very dull knives. 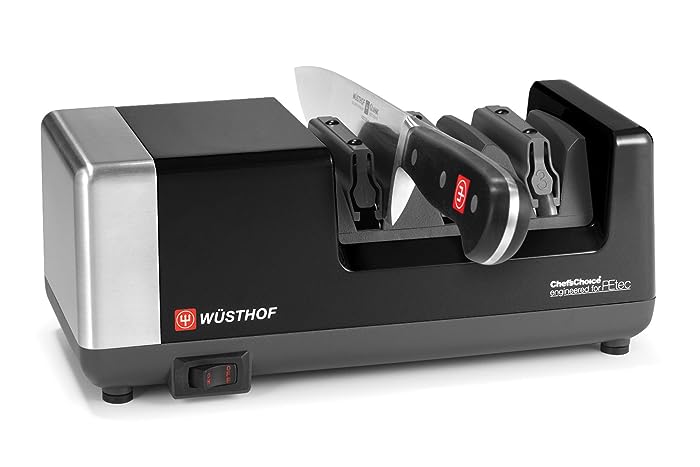 This German company provides high-quality products and with this 3-stage knife sharpener, the quality really is above average with its promise to bring ultra-sharpness after sharping your knife. It is also pretty similar to the previous one.

But it has this contemporary design with gray and silver housing. It is a collaboration of Wusthof and Chef’s Choice 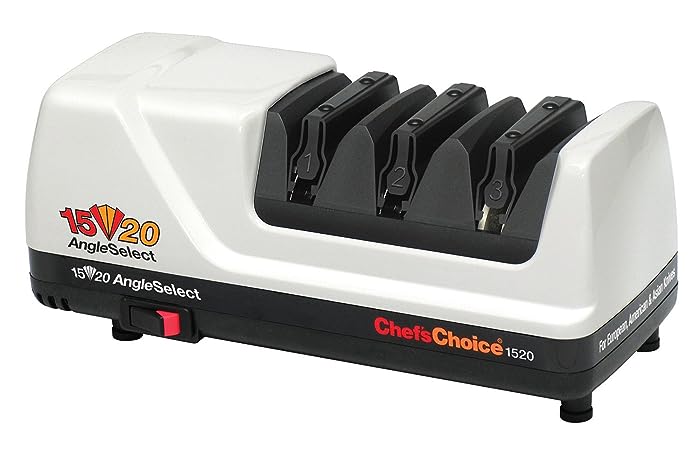 This knife sharpener is one of the most versatile knives you will come across with. It is good for Asian, European and American knives. It is made in the USA so it sturdy and must last long. It also comes with the diamond abrasives and patented flexible stropping and polishing disc. It also has a multi-stage sharpening system. 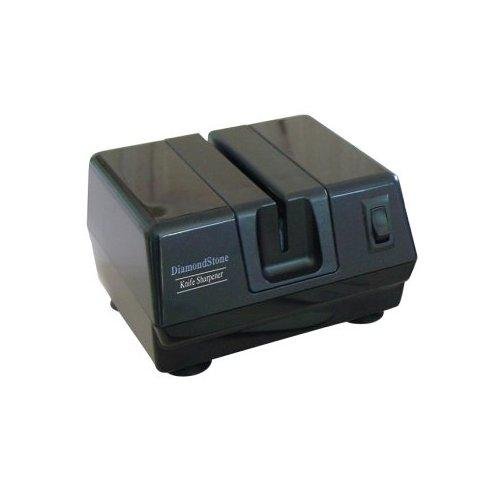 This knife sharpener is very quick and very easy to use. This has ceramic wheels with diamonds on them but it only features one sharpening stage, therefore, you cannot expect it to get polished. And because it doesn’t have any stages, it is not too complicated to use, unlike the previous ones. You just pass the knife through the slot and simply get it out. There you have it, simple as that.

Every knife sharpener has different features but the best one for me is the Presto 08800 EverSharp. It is précised and not too complicated to use. It is best for unprofessional chefs or the people who only started to use their kitchen. It always depends on your choice and your abilities. If you are a pro then go for the Chef’s Choice ones since it has more features. But if you are in between pro and amateur just asses what you really need and what kind of skills you have.